It was Tuesday and the second period was math. Math was boring for me. Before the break time I had headaches and my mood was badly off due to incomplete assignments I had that day. The moment the bell rang, everyone started going out for break to have their snacks and play their favorite games.

I was not in that mood. I was tired and needed to take a nap. I was laying down my head on the desk, suddenly I noticed that there was someone in the classroom with me. There was a guy sitting two meters ahead of me, his name was Jaffar, my friend. He was writing something in the notebook.

I could not stop myself to see what he was doing. The curiosity made me move closer to him. I saw he was sketching a beautiful human’s eye on a sketchbook. That moment took my whole attention. I was totally attracted and immersed in the drawing he was doing. I forgot my stress and headaches. I started asking how and where he learned to do that brilliant sketch.

After the school hours finished I persuaded him to take me to that place where he learned how to draw. I was singing songs while on the way back home because I had found the art centre.

Everyday my elder brother accompanied me on a bicycle to the art center and back home. Most of the time I had a great fear of getting kidnapped or harmed but after spending some months I was quite sure about myself. I had made new friends in the art class and the fear and uncertainty had gone away.

Each day I used to go at three in the afternoon and leave the art class at ten at night. After spending more than two years at the Toba Art Institute a strong relationship was built between me and the art that I was spending hours and hours constructing. I was very hopeful that one day I will be a great and well known artist in the world.

Life is vapor and times fly within a very short period of time. The good times were changing into uncertain and difficult days. My family was in a serious financial crisis. Art had no value at all at that time. I was the one who was in love with art and creativity. However, I was compelled to leave my art class for several years.

The passion and enthusiasm for art was still alive in me. As time passed I found an alternative way of funding my passion for art by teaching basic English at a language centre. The small amount I received as a monthly salary from my English classes was used to pay for art class fees.

I joined Sketch Club and met Fazil Hussain Mosavi, the one who was and still is, a pure inspiration and a hero to me. He has been an outstanding art instructor. I started learning the fundamentals of visual art. I was smoothly developing and learning the base of art which I was feeling thirsty for. I learned lots technically and theoretically.

Every afternoon I was the first person who was present in the class and ready for sketching. Sketch Club was an informal institute with a small art studio in the yard. I still remember the smell of wet sands, the birds singing on the tree and the sound of classic songs of Mohammad Rafi. I used to sketch the objects such as bricks, bottles, fruits, tables and other elements around us in that yard. Mosavi was guiding us in a beautiful way so that everyone was enjoying the class and learning too. I did draw objects in black and white for eight months in order to learn the line, form, tone, perspective and base of drawing. We proudly held many group exhibitions inside Pakistan and in America and Australia. I became confident about my artworks.

Life was beautiful in Quetta, Pakistan. The atmosphere and the learning process of Sketch Club was incredible for me. Each year we arranged an art exhibition and influenced many members of the community to visit and buy the beautiful paintings of Sketch Club students. Through the years I was more grateful and hopeful that sooner or later I will be an iconic and celebrated artist which I dreamed for. Meanwhile, my parents were getting stable economically too.

Through the time that I was progressing in art, the situation in Pakistan was getting horrible. The bloodshed, persecution and terror was growing daily. Dark days were returning for the Hazara people. A systemic genocide and persecution was set up that caused thousands of innocents to the grave and many more to leave Pakistan. Systemic genocide was and still is affecting everyone in the country and I am one of the millions who has fled his home to escape conflict and persecution and seek protection, like everyone else.

Late in 2014, I was compelled to flee Pakistan and come to Indonesia alone. I was seeking a safe and secure place to live. I was very young and had no choice but to experience many tragedies on the way to Indonesia. After arriving in Indonesia I had to fight for my life.

At the beginning I was rarely going out and most of the time I was a home prisoner. I was new in the environment, the language, the custom. I was afraid not to get lost or something wrong might happen to me. The days were sunny as I struggled to deal with the traffic, to watch the school kids crossing the road with the traffic police assisting them. I got used to grabbing the angkot to go to the market with my roommate and buy some groceries. I was missing my family the most at that time. I could not find art materials to paint and do my artworks as I used to do back in Pakistan.

I started observing the new environment and finding the ways to maintain everything normal and keep myself busy in productive activities. Since I was an asylum seeker and had no right to work, to get education or travel out of Indonesia, it took me years to adjust myself with the new situation. My life was always uncertain.

By the end of 2017, I moved to Jakarta. Jakarta is a great place and the most beautiful aspect of living in Jakarta is undoubtedly its people. They are nice, cheerful, open and welcoming. You never feel threatened, the city is safe, there are no thefts.

Since I have moved to Jakarta I am lucky that I can continue my painting. My room is my studio. The most valuable time for creativity is at night when everyone is asleep and it is calm and quiet.

To be honest it has been tough and hard. The long time waiting for resettlement and the uncertainty of the future has made the conditions of living horrible and has caused me severe stress, depression and nightmares. However, painting and creativity has been my best part of my life to inhale and exhale things in a positive way.

To me a piece of canvas is a world where I can freely go with the flow and poetry of art, where creativity emerges and where words stop and art takes place. I paint because I can freely and meaningfully bring out my catharsis on a canvas whether it is unconscious or conscious. Art speaks to you when everything else remains silent.

All my paintings are my self expression and experience. I have painted the untold stories which I want others to see and observe.

Here are a few paintings of mine.

Diversity: The past three years experience and struggling taught me many things and one of them is the importance of diversity. It is this mind set and acceptance of diversity which I am impressed by as well as the hospitality and kindness of people in Indonesia. I have used figures with different clothings and the dark blue and marine colors to show the unity and beauty in that. In the meanwhile the figures represent togetherness in being diverse.

Struggle: I was so desperately shocked and saddened by the suicide of a few young and talented refugees, whose acts put me in a situation that was not acceptable and was not normal. It was hard to believe why someone commits suicide and it was bothering me all the time why a person should commit suicide so, I tried to explore that feeling on the canvas with the elements of art. The distorted figures with golden heads represent the uniqueness of humankind on the earth. The hanging rope which is very obvious to many as an end to someone’s life. I symbolized this terrible act so that I could convey that message and the emotional feelings through my art on a piece of canvas.

Sad Buddha: Sad Buddha is the most precious piece to me. It is based on historical inspiration that has been in my mind the whole time. It tells the tragic and brutal actions of the Taliban and religious extremism that happened in Bamyan, Afghanistan. The place that is very rich in terms of culture and historical significance. The Buddha statues had a seven thousand year history. They were once the world’s largest standing Buddhas. I tried to use the elements and symbols which were in my mind to represent the poetry of that scenario on a canvas. The cow’s skull in the painting is known as a symbol of ignorance. The blood over the Buddha’s head shows the suffering and the sacrilegious destruction that occurs.

You can call Lifeline Australia on 13 11 14 or Beyond Blue Australia on 1300 22 4636. The National Suicide Prevention Lifeline in the United States is 1-800-273-8255. Other international suicide helplines can be found at befrienders.org. 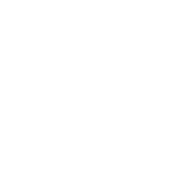 Murtaza Ali is a Hazara visual artist from Afghanistan. His paintings specialise in the abstract and semi-abstract. He learned art at Sketch Club Quetta, Pakistan. You can reach Murtaza at [email protected] and on Instagram @sangisabur2020.

Ali Froghi on Depicting the Daily Lives of Refugees in Makassar